I hate being ill, but I love defying it and making a sustainable routine in spite of it. If I leave the house at quarter past 8 – yeah I felt that rough this morning – but I get to the library for around 33 past, I can bank 400+ words. That’s on a bad day. On a good day, I arrive even earlier, start in the canteen, and at that point it’s not even going to be all that challenging to hit target before work even starts.

To put that in context, in most of the instances of me hitting target before 10am on work days in the past, I did so with a last-minute burst of 200~ words when I got to my desk. I’m talking hitting target before I go anywhere near my desk, subjectively speaking. I mean I can see my desk from the library but that’s not the point.

I am pretty satisfied with this turn all in all. I think on days when I struggle with direction on the plot this won’t be as clean cut, but I might manage to squeeze out just enough in the morning to give me food for thought, so a day doing work may give me the headspace to unkink the plot at that point.

It’s become pretty clear I will struggle to fit all of WHT into one journal, so I am now facing a wonderful – if expensive – problem. For the first time, I am at risk of having too few journals. That is a little freaky, and a touch misleading as I have several much larger ones that I could switch to. That being said, those journals are a bit too bulky for my needs.

The journal I use as my diary of sorts is perfect by comparison. Guess what? DISCONTINUED. Because of course it is. People question me when I’m shopping why I will see a journal I like and buy four of them. This, reshing stuff like this. See that’s how frustrated I am, I still refuse to swear on here where possible so I have to resort to fictional swearing. Thank you, Andrew Rowe, you are my salvation.

Long story short, I need to do a bit of a hunt for some longer journals that I can switch to. I think Moleskine would work as they have a high density of lines per page, and after finishing up Volcano in one they have grown on me, but even then I suspect they might not be quite long enough.

I don’t mind a story overflowing, but I do have an exception rapidly approaching. TLG has to fit into one journal. I already own said journal, and it’s been sitting on my shelf for years now: 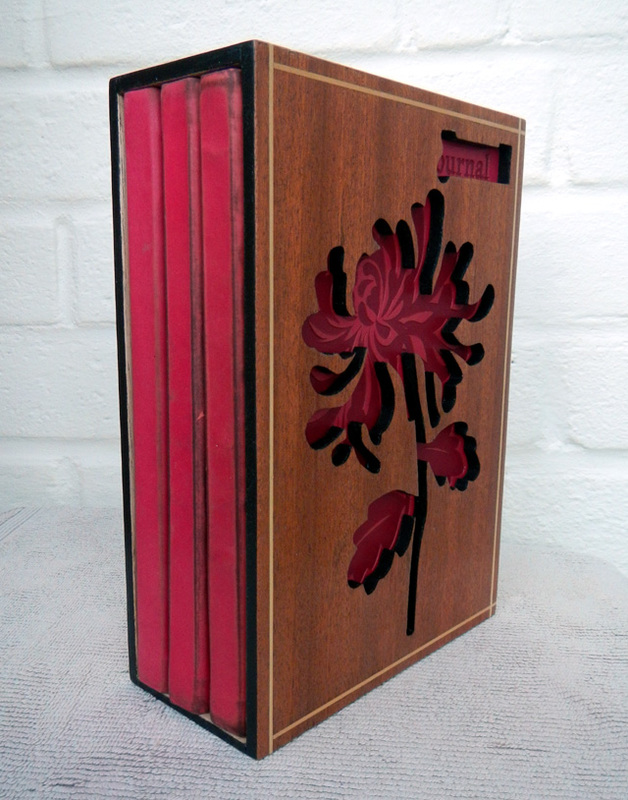 The journal nearest the camera here is the one I wrote version 1 of The Unreachable Star in, all the way back in 2012. Back then, writing one 32,000 word story in the space of two and a bit months was a big deal. Writing a story that wasn’t autobiographical was a big deal. Moreover, and coming back to the whole why-do-the-best-journals-get-discontinued rant, this line of Letts Breast Cancer Awareness journals are, I swear to god, the best journals out there. Period. 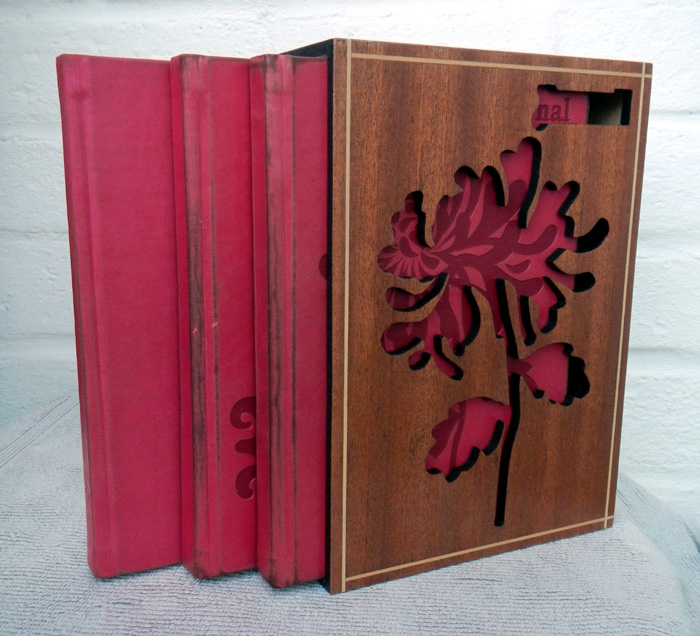 I only own three, but these three make up what I call the “Core Trilogy” of The Service to Ore: The Unreachable Star, The Spectrum Sings (which version one of which lives in the middle journal, written in late 2014), and The Long Goodbye. That journal has sat empty and waiting, as after TSS, I started to expand the universe and pull in all my minor project ideas, like Taft and Volcano.

It will be tough to fit the whole story into that one book, but here’s the kicker: one of the reasons those journals stood out, was how big they are compared to most of their contemporaries. I can’t emphasise this enough: modern journals are nowhere near thicc enough for me.

I still haven’t designed a little wallet-sized card for my WHT remaining lives, and I still really want to do this. I was thinking about something like you get at coffee places, where I stamp off “lives” as they are expended.

Come to think of it I love the idea of a fantasy series where people have extra lives expended in this way. Maybe a future project? Or if one of you imaginary readers out there wants to run with that or knows of someone who has already written it I’d love to read it.

Anyway that’s enough for today. I still haven’t had breakfast, and I need to do some work. Also design that lives card. And do some WattPad interactions. Basically I need to stop rambling and get on with stuff. So I am now going to. Ok bye.

I’m Sam, and I live to write. I spent most of the last 10 years trying to balance writing with a large amount of crap in my personal life, until towards the end of 2018 I threw everything out and started afresh with just my writing. I built the new me around one goal: I have to write at least 1,000 words a day. I called this goal 1K, and it changed my life. My greatest flaws as a writer is I still use too many adjectives, adverbs, connectives as openers, accidental passive voice and I don't force my work down people's throats enough on pain of extreme and unusual torture. My greatest strength is I know my greatest flaws and I'm working on them. View all posts by Sam Shuttleworth

The Way Out (TWO)

William Howard Taft did Everything (WHT)

The End of the Line (TEL)